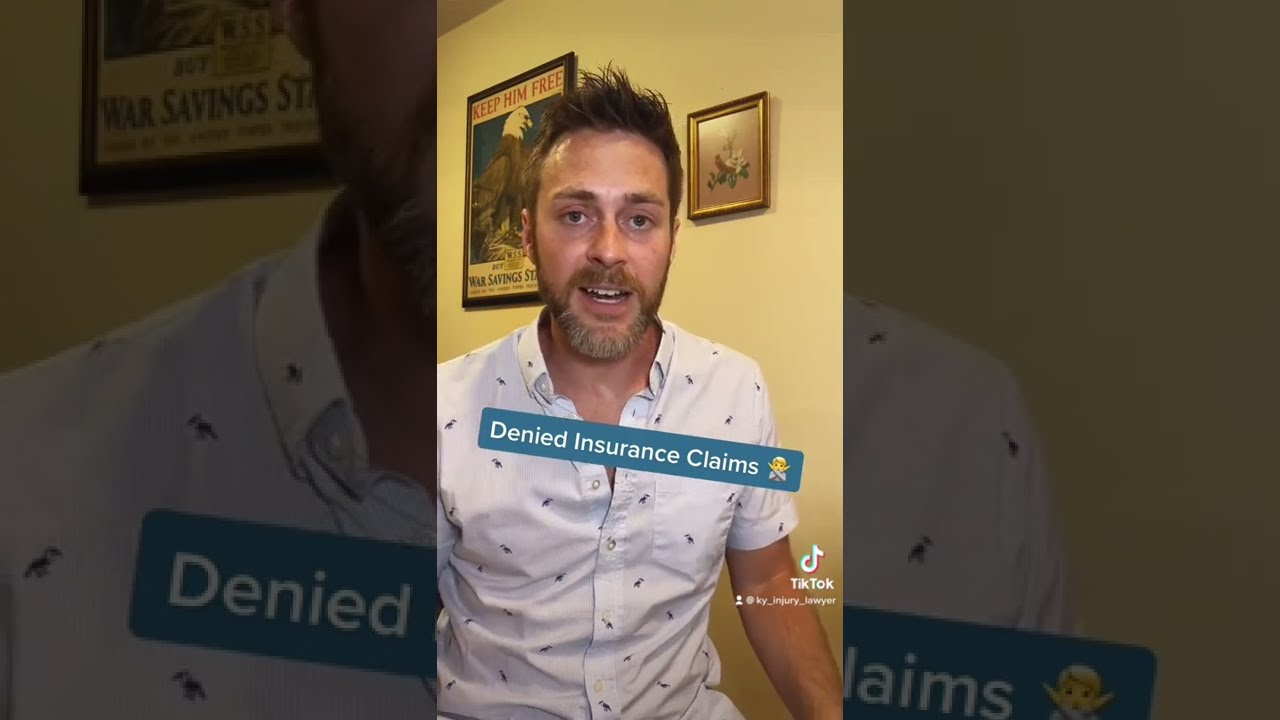 This is a video in our LawTok series: Straight Talk with a Personal Injury Lawyer

I had a case recently, a client who the at fault driver’s insurance company was saying, “Wait a second. Our insured’s wife was driving, and she’s actually an excluded from being covered under our insurance policy.” For whatever reason, you might want to exclude somebody. For example, usually, don’t see a spouse doing it to their spouse, but sometimes you may want to. For example, if they’ve been in 10 wrecks and they’ve had two years of driving experience, I probably don’t want them driving my car. Certainly, don’t want them on the insurance.

But what they said was, “We’re denying your claim.” The wife was excluded. And I said, “Okay, I understand. Please send me over the exclusion.” They sent over the exclusion. I said, “Great. Send you with the application where they…” You have to apply for the exclusion. And this gentleman put his wife on there and put the wrong birth date. Well, basically, in legal terminology, that’s considered an ambiguity. And you have an ambiguity, generally, in Kentucky, ambiguities are interpreted against the person who drafts the document. So it would’ve been the insurance company or the insured, whomever, either of them would’ve been at fault. And I wrote them a kind letter saying, “Please accept liability. This is an ambiguity. I would rather not have a court decide on this.” They pushed back again. I sent them the same letter, and they accepted liability, and made a policy limit payout.

Another reason that insurance claims, especially car insurance claims, can be denied is when they say you had a canceled policy. It was another case that we had, where we sent over the demand to the liability insurance. And they sent us a letter saying, “Hey, sorry. We had canceled this policy.” And it actually didn’t apply. And so there’s no coverage available. And I said, “I understand. Under Kentucky law, you’re certainly entitled to cancel your policy, but under Kentucky law, you’re required to provide your insured a notice, so will you please send me over the notice of cancellation that you mailed out to them?” The next letter I got was saying, “Oh, sorry about that. We’re actually going to accept liability.” And they made a policy limit payout.
Another cancellation issue is, anytime they deny the… Or another denied claims issue is anytime they deny the claim and they say, “We’re denying this claim, but we want to help you.” They’re always trying to help you when they give you a no answer. They say, “We want to help you. And we’re going to reimburse your premium that you paid for.” Well, why the hell would they reimburse your premium if you’re not entitled to anything? It’s because they sold you a policy that you are covered under, and now they’re just trying to get out of it now that an event has happened where they have to make a big payout.

This was a $50,000 case where I was retained to basically look into whether or not my client had a reasonable expectation of that insurance coverage. And when you make that premium month after month, and even if you have an insurance salesperson tell you, “Hey, this will cover everything under the sun,” even though the policy doesn’t, in Kentucky, because they sold you on that premise, and because you believed them, and presumptively your belief was reasonable, you have a reasonable expectation of coverage. It should still be covered. And it was in this case, and we got a policy payment on that case as well.

The bottom line is, if you get an insurance claim denied, you really need to have an attorney who handles these cases every day, review the reasons for the denial. It can be the difference between 25,000, 50,000, 100,000, even more. So make sure you get a professional to review those denials.